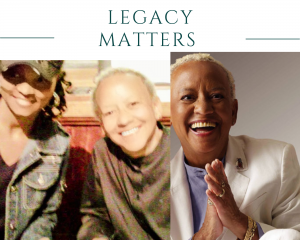 Note: All information about these icons was taken from Encyclopedia Brittanica: Pictures are courtesy of google & the one picture of Ms. Giovanni on the left side was taken by myself.

I had the honor of meeting the phenomenal, historical, lady in the picture above Ms. Nikki Giovanni writer, poet, activist, and educator some years ago.

It was in remembering how fascinated & how awestruck I was by the entire experience that prompted today’s blog post. The fact that i am now the Founder of KATALAMBANO IT  my very own Woman’s Empowerment Brand blows my mind. It simply reminds me of what I already know that God is awesome! But it also made me think about legacy as a whole & just how much it really matters not only to you & me but to the world.

When looking up the word legacy in the dictionary  I was able to find the following definition. Your legacy is the mark that you leave on the world. It is the richness of an individuals life. This includes what you’ve accomplished & the impact you had on people, places, and things. It is the story of your life and the imprint that you leave on humanity.

In today’s post, being that it’s Black History Month & this brand’s identity is rooted in breaking chains in our lives and challenging the status quo. I wanted to pay homage to African American women who have established their legacy in the Earth, those who have already left their mark in the world so that warriors such as you & I have a roadmap to follow in their footsteps.

Yes! legacy does matter…So what will yours be? Here are a few women who have demonstrated what that looks like. Let us celebrate these women as we too look to leave our stamp of greatness in the world. 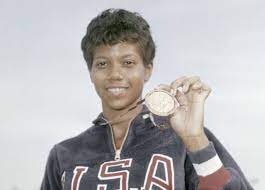 Wilma Rudolph, in full Wilma Glodean Rudolph, (born June 23, 1940, St. Bethlehem, near Clarksville, Tennessee, U.S.—died November 12, 1994, Brentwood, Tennessee), American sprinter, the first American woman to win three track-and-field gold medals in a single Olympics. Rudolph was sickly as a child and could not walk without an orthopedic shoe until she was 11 years old. Her determination to compete, however, made her a star basketball player and sprinter during high school in Clarksville, Tennessee. She attended Tennessee State University from 1957 to 1961. At age 16 she competed in the 1956 Olympic Games at Melbourne, Australia, winning a bronze medal in the 4 × 100-metre relay race. In 1960, before the Olympic Games at Rome, she set a world record of 22.9 seconds for the 200-metre race. In the Games themselves she won gold medals in the 100-metre dash (tying the world record: 11.3 seconds), in the 200-metre dash, and as a member of the 4 × 100-metre relay team, which had set a world record of 44.4 seconds in a semifinal race. She was Amateur Athletic Union (AAU) 100-yard-dash champion (1959–62).

Her strikingly fluid style made Rudolph a particular favorite with spectators and journalists. She won the AAU’s 1961 Sullivan Award as the year’s outstanding amateur athlete. After retiring as a runner, Rudolph was an assistant director for a youth foundation in Chicago during the 1960s to develop girls’ track-and-field teams, and thereafter she promoted running nationally. She was named to the National Track & Field Hall of Fame in 1974, the International Sports Hall of Fame in 1980, and the U.S. Olympic Hall of Fame in 1983, in the first group of inductees. Her autobiography, Wilma, was published in 1977. 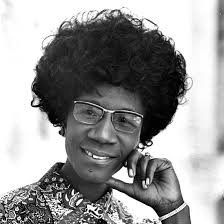 Shirley St. Hill was the daughter of immigrants; her father was from British Guiana (now Guyana) and her mother from Barbados. She grew up in Barbados and in her native Brooklyn, New York, and graduated from Brooklyn College (B.A., 1946). While teaching nursery school and serving as director of the Friends Day Nursery in Brooklyn, she studied elementary education at Columbia University (M.A., 1952) and married Conrad Q. Chisholm in 1949 (divorced 1977). An education consultant for New York City’s day-care division, she was also active with community and political groups, including the National Association for the Advancement of Colored People (NAACP) and her district’s Unity Democratic Club. In 1964–68 she represented her Brooklyn district in the New York state legislature.

In 1968 Chisholm was elected to the U.S. House of Representatives, defeating the civil rights leader James Farmer. In Congress she quickly became known as a strong liberal who opposed weapons development and the war in Vietnam and favored full-employment proposals. As a candidate for the Democratic nomination for U.S. president in 1972, she won 152 delegates before withdrawing from the race.

Chisholm, a founder of the National Women’s Political Caucus, supported the Equal Rights Amendment and legalized abortions throughout her congressional career, which lasted from 1969 to 1983. She wrote the autobiographical works Unbought and Unbossed (1970) and The Good Fight (1973). 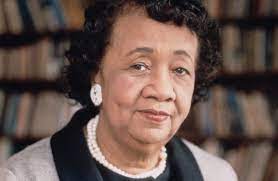 Dorothy Height, in full Dorothy Irene Height, (born March 24, 1912, Richmond, Va., U.S.—died April 20, 2010, Washington, D.C.), American civil rights and women’s rights activist, a widely respected and influential leader of organizations focused primarily on improving the circumstances of and opportunities for African American women. Reared in Rankin, Pa., Height graduated in 1933 from New York University with both bachelor’s and master’s degrees in educational psychology. She was involved in social service for some six decades, four of them as president of the National Council of Negro Women (NCNW), an umbrella organization that comprises civic, church, educational,& labor.

Get all the latest news and WANT TO SUBSRIBE?